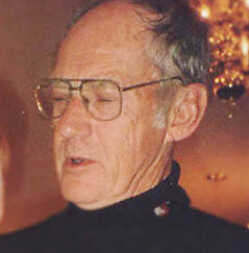 He graduated from Wiley High School in Terre Haute. He earned a BA in accounting and MA in English literature at Indiana State University (ISU).

He was a talented athlete and played many years of baseball in Terre Haute from Little League through college.

He served in the United States Army during the Korean Conflict from 1954 to 1956, where he performed logistics work in Europe.

He married Tansy Reece at St. Benedict's Catholic Church in Terre Haute on June 20, 1959. They were married for more than 56 years.

In addition, he taught English literature and directed the drama program at Greencastle Junior High School. He was a gifted teacher, who shared his love of Shakespeare and poetry with thousands of students.

He was a devoted father and grandfather.

A memorial mass for the immediate family was held on Feb. 1, 2016 at St. Paul the Apostle Church in Greencastle.