With local residents, the chief of police and Greencastle City Council members calling parking along portions of East Franklin Street a "safety issue," city officials have agreed to at least explore possible changes.

While nothing was formally introduced at the February Greencastle City Council meeting this week, local resident Danny Mesecher did bring the issue to the Council's attention. 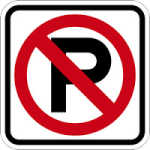 Mesecher, who resides at 120 N. Locust St., said he uses Franklin Street daily to get to work, and has witnessed a number of close calls and been involved in a couple other near-misses as motorists dangerously try to navigate around cars and trucks parked along the heavily-traveled roadway.

At least two areas of concern have been pinpointed along Franklin Street between Locust Street and Indianapolis Road.

Franklin Street, for all the traffic that uses it, simply isn't wide enough to safely allow parking, Mesecher said.

"I've seen a number of close calls, including myself," noted Mesecher who said parking along Franklin Street often "causes a game of chicken to see who can get by the parked cars first."

Mesecher, an unsuccessful candidate for City Council in the last election, urged city officials to do something about what he called "a valid safety issue."

Mayor Bill Dory even advised that there has been "some ongoing discussion" among department heads about how to rectify the situation.

He noted that Stacie Langdon, the city's new Second Ward councilor, had already brought the parking issue to his attention as well.

Langdon then took the opportunity to report what she has seen.

Some days there are no cars at all parked along Franklin, she told the Council, but other times traffic has to dodge around several parked vehicles or come to a complete stop to allow traffic from the opposite direction to proceed without incident.

When cars and trucks are parked along Franklin Street, Langdon said, "Danny's right. It becomes a safety issue."

Greencastle Police Chief Tom Sutherlin was asked his opinion on the matter.

"We know it's a traffic issue," he said, speaking for GPD officers. "Franklin Street, because it's so heavily traveled, is a major issue."

No action was taken on the parking issue Tuesday night as ongoing internal discussion is expected to continue before anything formal is brought forward.

Any change in the parking status of Franklin Street would require amending the existing parking/no-parking ordinance. Enactment of any change would take passage on two separate readings by the City Council.