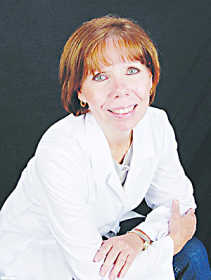 DESTIN, Fla. -- A 1974 graduate of North Putnam High School was killed Thursday when her single-engine plane went down over the Gulf of Mexico near the town of Destin, Fla., in Okaloosa County.

Dr. Sheryl Roe, 60 (formerly Sheryl Brewster), departed from her home in Alvin, Texas, with James Shumberg, 67, and was reportedly overdue to land at Destin Executive Airport in a plane-type referred to as a Piper-Archer II.

Authorities were able to identify the bodies of two occupants amongst a large swathe of debris washing ashore between Henderson Beach State Park and the Walton County line Thursday evening.

Roe's body was found around 9 p.m. with Shumberg being found roughly 45 minutes later.

A 911 call was received by dispatchers at 6:52 p.m. from a man who said he saw a small propeller plane go down near the recreation area as he was running.

First responders converged on the area and began searching along the coastline while the Coast Guard searched the water.

Roe and Shumberg are believed to have been the only occupants on board.

The FAA is investigating the cause of the crash.

Roe worked as an acupuncture physician in traditional Chinese medicine who was dedicated to "making your life better with acupuncture," according to her website drsroe.com.

Roe was a beloved mother of five children and seven grandchildren.