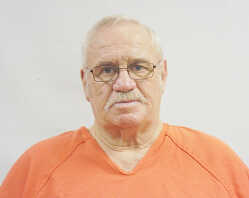 CLOVERDALE -- A 70-year-old Cloverdale man was arrested Wednesday for sexual violations related to a young girl known to the family.

The investigation began on Jan. 14 when the Putnam County Department of Child Services was notified of the alleged sexual improprieties. According to court documents, the child had notified her school counselor of the incidents, saying it had happened "more than 10 times."

During an interview with the girl at Susie's Place Child Advocacy Center in Avon, the girl said the incidents had been happening for some time, but she did not remember for how long.

She advised that varying degrees of sexual contact had taken place.

The girl also said, according to court documents, that Stevens had told her "it is OK" and he is "allowed to do it."

When Stevens was brought to the Indiana State Police Putnamville Post for an interview on Wednesday, he initially told investigators he is no longer capable of sexual intercourse, but then admitted to some level of sexual contact with the girl.

In his interview with investigators, Stevens allegedly said the girl had asked him to touch her. He then gave detailed accounts of multiple incidents, according to ISP Det. Don Curtis.

"I'm pleading not guilty to all these charges, your honor," Stevens said.

"If you read the allegations they have over there at the State Police post, it almost reads like a script," Stevens said. "It's all B.S."

Stevens said he had inquired about a lawyer, but found the cost too high, so he requested a public defender.

After a brief review of the accused man's finances, Headley denied the request.

"It sounds like you have some potential financial resources," Headley said. "I'm not going to grant your request at this time."

Stevens' finances came up again when he interrupted Bookwalter after the prosecutor requested a $50,000 cash-only bond.

"I can't come up with that kind of money, your honor," Stevens said.

Citing the seriousness of the charges, Headley granted Bookwalter's request.

"That is due to the severity of the allegations against you," Headley said.

"I would advise you not to make any more statements," the judge said, "because the prosecutor is right here in the courtroom and could use these statements against you."

The judge set a 10 a.m. pre-trial conference on April 14. At that time, Headley said he would be willing to review the matter of a public defender if Stevens has not hired his own attorney.