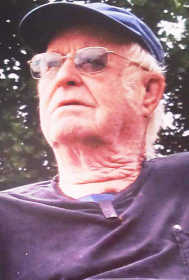 Donald R Hughes, 84, formally of Reelsville, passed away Sunday, Feb. 21, 2016 at Village of Avon after an extended illness.

He is survived by his children, Dee and Randy Cundiff of Reelsville, Sheila and Tony Toland of West Virginia, Donald Jr. and Carol Hughes of Fishers, and Ron and Andrea Hughes of Plainfield.

He loved spending time with his many grandkids and great-grandkids. Also, a great friend and neighbor, Bill Owens, who he enjoyed working on lawnmowers with and drinking a cold beer.

He is survived by his brothers, Ernest and Sandy Hughes of Brownsburg, and Stanley Hughes of Coatesville, and a sister, Agnes Kenworthy of Indianapolis.

He was employed with Ready Mix Concrete/Irving Materials for 41 years before retiring in 1994.

He was preceded in death by his wife of 61 years, his parents, three siblings and an infant son.

The family would like to thank the staff at Village of Avon for taking such great care of their dad and treating him like he was family. He loved the nurses and the aides and could talk to them for hours about his life, his family and his job. Also special thanks to Heart to Heart Hospice; even though you were with dad for a short time, you treated him with the upmost respect and compassion.

Funeral services will be conducted at 3 p.m. Saturday, Feb. 27 at Whitaker Funeral Home, Cloverdale. Visitation will be from noon until service time.