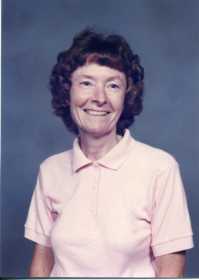 Mary Ellen was married to Ricahrd W. Beams for 58 years, who survives with two children, Daniel "Dan" Beams and wife Brenda of Greencastle and Janetta "Jan" York and husband Larry of Chalmers.

The couple has four grandchildren, Amber bauchle and husband Richie of Greenwood, James York and wife Leigha of of Lebanon, Sarah Beams and Ben Beams, both of Greencastle. They also have one great-grandaughter, Leila.

Mary Ellen had been active in the church with a special heart for missions and service work. She had worked at the post office in Greencastle.

She was also active in Relay for Life and other cancer groups.

There will be no services.