Asbury to perform at First Christian 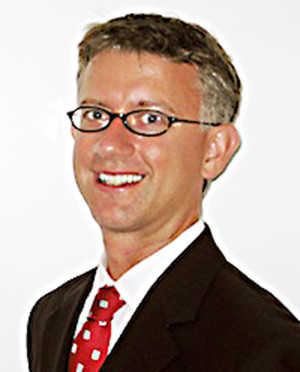 The one-time organist and music director at First Christian Church will be back in town for a 7 p.m. Friday concert.

A South Putnam High School and DePauw university graduate, Jason Asbury spent a number of years as the musical director at First Christian.

In this homecoming concert, Asbury will play some instrumental pieces as well as leading the crowd in several hymns.

After receiving his Bachelor of Arts in organ performance in 1995, Asbury relocated to the east coast. Asbury went on to receive a Master of Music degree from Westminster Choir College in Princeton, N.J.

Since then, he has served as director of music at Prospect Presbyterian Church in Maplewood, N.J.

"This is a way to hear a really good organist, First Christian Minister David Clifford said. "Jason has done shows all over the world, but you don't have to drive to New York to hear something like this. You can get it right here in Greencastle."

The instrument was built in 1935 and has been remodeled and expanded two or three times since.

The church had a reed organ in the early 1900s before investing in a new one in 1935 while still utilizing some parts of the old reed organ.

Asbury, who knows the instrument as well as anyone, will show off some of the nuances of the First Christian organ in particular, while also highlighting the classic sound of church organ music.

"There's something about that sound that roots the church in its history," Clifford said. "We're hoping to highlight that history. We have a really nice organ to do it."

A reception will follow the concert, with Asbury available to visit with the hometown crowd.