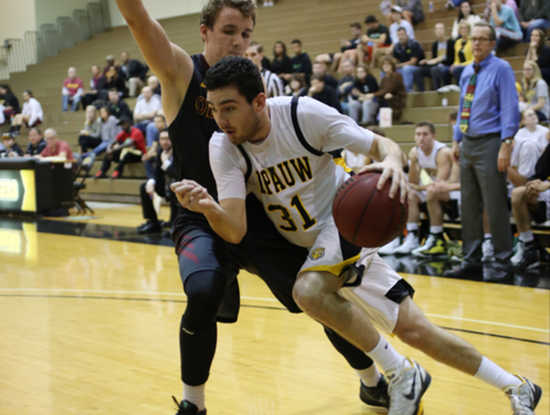 Luke Lattner has been voted to the all-NCAC second team by league coaches. (DPU Photo)

In voting by league coaches, DePauw junior guard Luke Lattner has been selected to the all-North Coast Athletic Conference Second Team. In all, 19 student-athletes from the 10 NCAC schools were recognized. The release with the entire team is available here.

Lattner, a second team choice in 2015, averaged 17.6 points in the 17 conference games to rank fourth and he also added 2.6 rebounds and 2.2 assists, while shooting 41.3 percent from 3-point range.

He posted a school and NCAC-record 55-point performance on February 17 against Wabash which equals the third-best single-game output in NCAA Division III men's basketball this season.

Overall, Lattner led the Tigers with 18.5 points per game and was second on the squad with 45 3-pointers and tops with 39.8 percent shooting from beyond the arc.