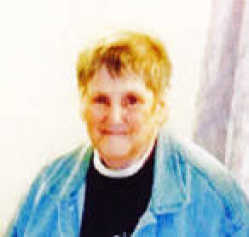 Born Aug. 4, 1937 in Terre Haute, she was the daughter of Wesley and Anna (Ferguson) Cottom.

She was a graduate Fontanet High School.

Geneva was a homemaker and had worked at Goodwill Industries in Greencastle for more than 15 years.

She was a member of the Hanna Street Baptist Church.

Funeral services will be conducted at 11 a.m on Saturday, March 5 at Bittles and Hurt Funeral Home, Greencastle, with interment to follow at Forest Hill Cemetery.

The family will receive friends on Friday, March 4 at the funeral home from 4-8 p.m.

Condolences and expressions of sympathy may be shared with the family c/o BittlesandHurt.com.