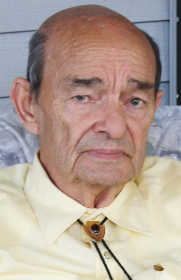 Gene was a building trades teacher, retiring from Area 30 Vocational School in Greencastle.

Gene was a long-time member of the Spencer Church of Christ, Carpenters Local Union 133 and belonged to the Indiana State Teachers Association.

Visitation will be held at the funeral home on Friday from 4-8 p.m. and Saturday from 10 a.m. until the time of service.

Online condolences may be made to the family at www.westparrishpedigo.com.