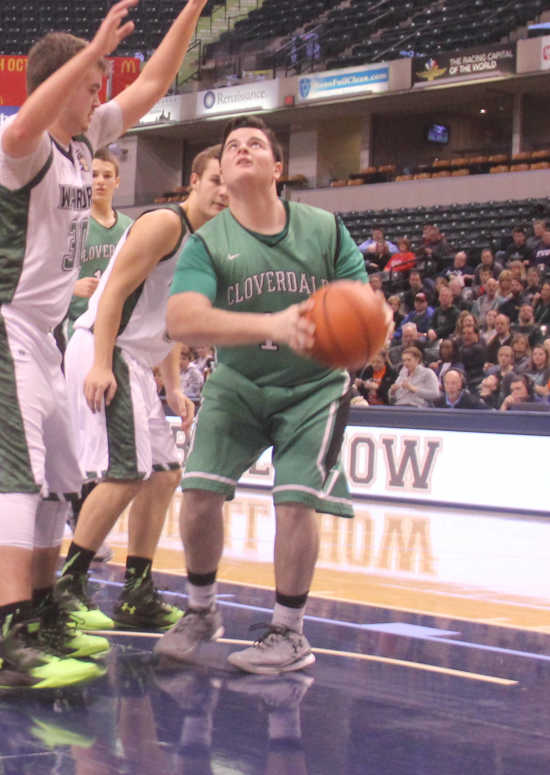 Robert Nally was born on March 7, 1997 to Mike and Lisa Nally. In addition to basketball Nally also throws shot and discus for the Cloverdale track and field team.

His favorite shows on television are "Breaking Bad" and "Prison Break", his favorite food is spaghetti and his favorite class in school is his teacher's aide class.

Banner Graphic: What is like being a senior on the team?

BG: Who are your biggest supporters off the court?

BG: What are some of your favorite things about your teammates?

RN: He's very enthusiastic. He has a drive and a passion. His passion for the game is insane.

BG: What is your favorite memory of Cloverdale High School?

RN: County was pretty nice. Being a part of a team that was able to cut down the net. Walking up the ladder was awesome. It was a great feeling. It's a big accomplishment.

BG: What are your plans after high school?

RN: I'll be attending Vincennes in the fall for criminal justice and conservation.

RN: I took law enforcement class my junior year. I went to Area 30 Career Center and I really liked it.