Neese earns player of the week 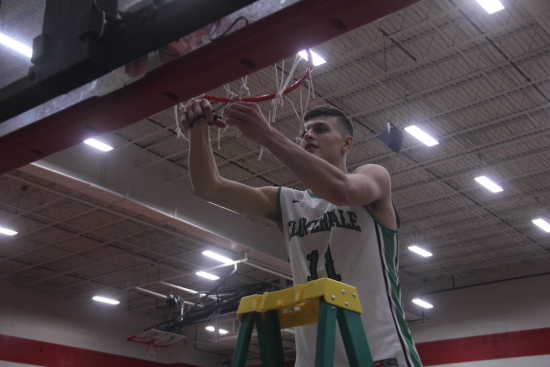 The standout junior from Cloverdale has been chosen yet again as one of the IBCA/Subway players of the week for his sectional performance.

Cooper Neese averaged 31.0 points and 10.7 rebounds over three games in propelling Cloverdale (19-7) to its second consecutive sectional championship. A Butler commit, Neese tallied 34 points with 14 rebounds, seven assists and five steals in a 70-46 triumph over North Putnam. The 6-3 guard followed with 39 points, eight rebounds and five steals in a 65-48 victory over South Putnam. He also netted 20 points with 10 rebounds and two steals as the Clovers defeated Monrovia 59-53 for the sectional crown. Over three games, Neese was 32-of-67 from the field, 17-of-43 on 3-pointers and 12-of-17 on free throws.

Player of the week winners are chosen each week from each of the IHSAA's three districts. Boys' winners will be chosen from now through the week following March 28. The girls' season is complete.