With the demand for Subaru vehicles increasing and production ramping up at the Subaru of Indiana (SIA) plant in Lafayette, more equipment and more jobs are on their way to Heartland Automotive in Greencastle.

While the Lafayette plant is expected to add 1,200 jobs this year to meet the high demand for Subaru Outbacks and Legacys, the domino effect is impacting Heartland as an auto parts supplier to SIA. 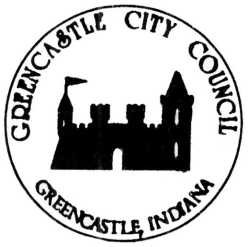 The Greencastle manufacturing plant, which marked its silver anniversary locally in 2014, is adding $8 million in new equipment with the potential for an additional 48 jobs locally, new Greencastle/Putnam County Economic Development Director Kristin Clary told the City Council earlier this week.

She was on hand at City Hall as the Council unanimously passed Resolution 2016-1, declaring the Heartland Automotive site on Warren Drive an economic revitalization area. That is the first step toward securing tax abatement for the additional investment in new equipment at the facility.

A public hearing will be conducted and a second resolution on the request for 10-year abatement on the new equipment will be considered at the City Council's April meeting.

With that many employees, a trained workforce is an issue of concern, Clary noted, but Heartland is working with Ivy Tech and Area 30 on the issue, she said.

The resolution was adopted unanimously after a motion by Councilman Tyler Wade and a second from Stacie Langdon.

Heartland Automotive has made a habit of expanding its Putnam County operations over the more than a quarter-century that the Ota City, Japan-based company has called Greencastle its American headquarters.

Over those years, Heartland's investment in equipment alone has well exceeded $50 million, local officials have noted.

When Heartland purchased the old Ryan Building at 300 S. Warren Drive, it promised to bring 100 new positions to a community that had just lost 985 jobs with the closing of the Greencastle IBM plant. The 107,000-square-foot Ryan Building, which IBM had mainly used for storage, was built as a new Angwell Curtain factory facility in the late 1960s.