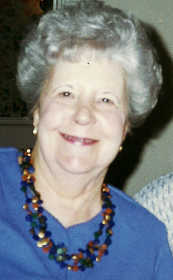 She graduated from Hymera High School where she met her late husband, John Foutz, and was married for 67 years.

Eva was a member of the Tri Kappa sorority and an active community volunteer.

Graveside services will be conducted at 2 p.m. Wednesday, March 16 at Forest Hill Cemetery in Greencastle with Rev. Mike Weber officiating.

Brown-Butz-Diedring Funeral Service and Crematory, Anderson, is handling the arrangements.