Don E. Hurst, 86, formerly of Greencastle, passed away Wednesday, March 30, at his home in Bloomington. 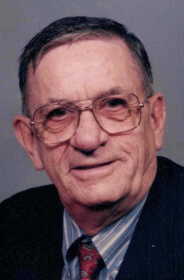 He was a 1947 graduate of Greensburg Community High School, and shortly after graduation began a short career as a sportswriter for the Frankfort Times.

He then went on to work for the State Board of Accounts and later moved on to farm implement and lawn equipment sales, which he worked at until retirement.

Don resided in Greensburg with his family until relocating to Greencastle in 1968.

Also during his adult years he traveled the state as an IHSAA basketball and football referee and baseball umpire.

He was married to Wilna Konzelman on Jan. 28, 1950, and she survives, along with their three children, Dave (Fran) Hurst of Bloomington; Karen McKinley of Greensburg, and LuAnn (Chuck) Evens of Fortville.

Cremation is planned and a memorial service will be held at a later date in April.

Arrangements are being handled by Allen Funeral Home and Crematory 4155 S. Old State Road 37, Bloomington, IN .

Online condolences and memories may be shared with family and friends at www.allencares.com.