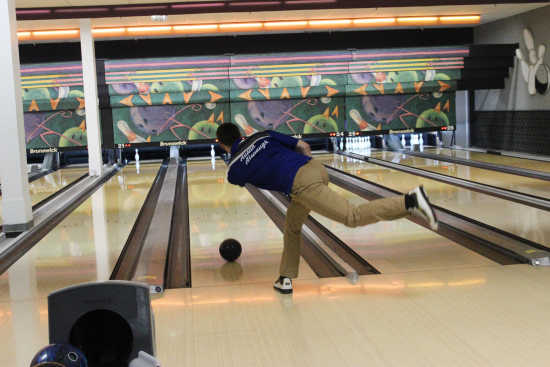 Two times last week Greencastle alum Austin Alspaugh got into the zone and two times he walked away with a perfect game.

"It started out like any other night," Alspaugh said. "I walked in ready to go. I got to about the sixth or seventh strike in a row and I started feeling something different."

On Saturday, March 19, the difference was that Alspaugh would remain focused and complete the first of his perfect games, helping his Electrical Automission Services (EAS) team to a win Saturday during the singles and doubles tournament.

"I noticed everyone kept looking at me and I looked up at the scoreboard," Alspaugh said. "Oh my gosh, I'm on the tenth frame. I could feel my legs and couldn't feel my arms. It was crazy."

The 20-year-old told himself mentally to not mess up the final throw and he did not disappoint the crowd.

He has been bowling since he was four and has played on the high school bowling team at Greencastle High School under the direction of Coy Dickey.

But one score of 300 was not enough for the lefty who came home to 3G bowl with his team the Rusty Fish Hooks and recorded his second 300 game three days later.

"It was really about the same," Alspaugh said. "I couldn't feel my legs or arms."

The Hooks as a team took first place in the six-team league at 3G Bowl and the 2014 graduate still has two more matches in the Crawfordsville league.

Alspaugh said he had bowled a few 299 games before and but his perfect games were simply "exhilarating."

While it's only his first year on the Rusty Fish Hooks, the league can definitely look forward to having the Alspaugh back next year if not in this year's summer league.