The U.S. Attorney's Office has appealed the resentencing of a former Putnam County sheriff's deputy. 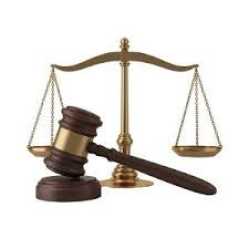 The appeal asks the U.S. Court of Appeals to review the April 15 sentence imposed by Judge William T. Lawrence.

In September 2014, a federal jury found Smith guilty of two of the four counts of police brutality with which he was charged. In December 2014, Lawrence handed down a 14-month prison sentence.

Both sides quickly appealed the rulings, with Smith's attorney seeking an overturn of the conviction and the prosecution appealing the sentence as too lenient.

Although the appeals court rejected Smith's appeal, it returned the case to Lawrence for resentencing.

"We find compelling reasons for vacating the sentence and thus requiring the district judge to resentence him," District Judge Richard A. Posner wrote on behalf of the court.

At the April 15 resentencing hearing, Lawrence chose not to give Smith any more jail time, instead using the hearing a chance to further explain why Smith's 14-month sentence fell well below the advisory sentence range of 33-41 months.

Part of Lawrence's reasoning seemed to hinge on the fact that Smith already completed his prison sentence in January.

"I do not see any benefit in re-incarcerating Mr. Smith," Lawrence said, noting that Smith has found employment outside of law enforcement and has been reunited with his family.

Following the resentencing, Blackington said an appeal was possible, but the U.S. Prosecutor's Office would need the approval of the Solicitor General of the United States. If approval is not granted, the appeal will be dismissed.

Smith was originally arrested by FBI agents in March 2014 on four felony charges of deprivation of civil rights under color of law. He was subsequently tried and convicted of two Class C felonies in September 2014.