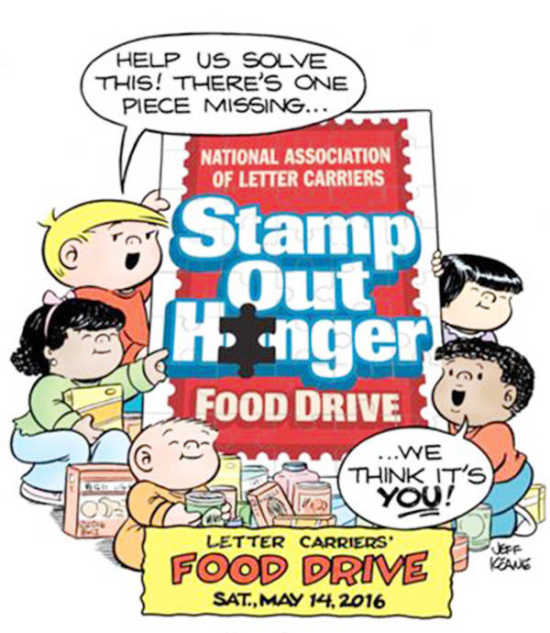 On Saturday, May 14, the National Association of Letter Carriers, the United States Postal Service, and other partners are asking Hoosiers to help Stamp Out Hunger. The annual food drive has grown into a national effort that provides assistance to the millions of Americans struggling to put food on the table.

To participate in the annual Stamp Out Hunger food drive residents are encouraged to leave a sturdy bag containing nonperishable food items such as canned soup, canned vegetables, peanut butter, pasta, rice or cereal next to their mailbox prior to the time of regular mail delivery on Saturday, May 14. Letter carriers will collect these food donations as they deliver the mail and take them to local food banks.

Additionally, for anyone interested in supporting four-legged friends in need, the letter carriers will collect dog and cat food for the Humane Society of Putnam County.

The availability of nutritionally adequate and safe food, or the ability to acquire such food, is limited or uncertain for one in six Americans, many of whom are in households with at least one person working.

Perhaps most alarming is the fact that nearly 16 million children in America are struggling with hunger.