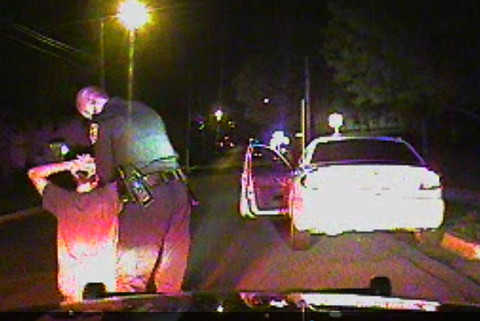 Officer Hiatt attempted to stop the vehicle and the driver, Kenneth Sergent, fled from Hiatt at a high rate of speed, police said.

The brief, high-speed chase came to an end as Sergent's car struck a curb, which caused damage to the vehicle's tires and eventually brought the car to a stop.

It was subsequently determined that Sergent had a blood-alcohol content of 0.18 percent, which is more than twice the legal limit of .08 percent.

Sergent was transported and detained at the Putnam County Jail on charges of operating a motor vehicle while intoxicated and resisting law enforcement, pending a review of the probable cause affidavit by the Putnam County Prosecutor's Office.