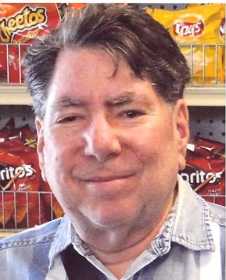 He graduated from high school in Greencastle before continuing on to Vincennes University.

Following his schooling he worked at his family's business, Elmore Jewelers, and later spent 18 years working at Heritage House (now The Waters) nursing home in Greencastle.

On Feb. 1, 1992, Robert married Molly Wasnidge in Brazil. Together they moved to Waseca in 2005 to follow Molly's career with Walmart.

Robert also began working at Walmart in Waseca in 2008, and his time as a greeter and cashier there earned him many great friends.

Robert was a very kind, outgoing man that enjoyed traveling, camping, being outdoors, and caring for his loving wife.

Robert is survived by his wife, Molly Minar of Waseca; two siblings, Janee Aronoff of Tucson, Ariz., and Annette (Steve) Thompson of Mooresville; and several nieces, nephews, and other relatives.

He will also be fondly remembered by many special friends and neighbors who were so important to him over the years.

He was preceded in death by his grandparents; his parents; and one brother-in-law, Dr. Michael Aronoff.

Funeral services were held on Tuesday, May 31 at St. Paul Lutheran Church in Waseca.

Interment will take place at the Bainbridge Cemetery at a later date.