Board of Works puts Seipel on unpaid administrative leave 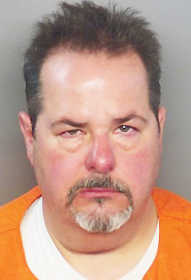 The change in status is immediate and will continue until the outcome of Seipel's criminal proceedings in Hendricks County.

The detective was also ordered to turn over all police department-owned items in his possession, including gun, badge and vehicle.

He registered a .201 blood-alcohol content (.08 percent is considered intoxicated under Indiana law) on a certified breath test at the jail, arresting Officer Christopher Love of the Hendricks County Sheriff's Department reported.

He was also cited for speeding (a Class C infraction of exceeding 30 mph in an urban district), which led to Deputy Love stopping Seipel's own private vehicle, a 2012 Chevrolet Malibu. The car was clocked at 56 mph on U.S. 40 at Carr Road in Plainfield.

Stopped on U.S. 40 at Dan Jones Road at 8:45 p.m., Seipel told Deputy Love he was returning to Greencastle from Indianapolis.

After failing three field sobriety tests, Seipel was taken to the Hendricks County Jail at Danville at approximately 10 p.m. Thursday, Seipel later bonded out and has waived an initial hearing in Hendricks Superior Court 2.

Meanwhile, in response to the incident, a special Greencastle Board of Works session is scheduled for Wednesday afternoon with the only topic listed as "police personnel."

"We're collecting information based on the incident," Greencastle Mayor Bill Dory told the Banner Graphic Tuesday night following a special City Council meeting during which the issue was not discussed. "We're looking at what we're allowed to do under our personnel policy and state statutes."