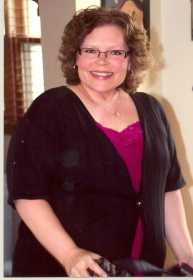 Melissa was a 1986 graduate of North Putnam High School. She received a bachelor's degree in social work from IUPUI.

Melissa was a stewardship coordinator for 15 years with DePauw University.

She was a member of Lifespring Church.

She is survived by her son, Jacob Kirkham and companion, Ciara Cope; her parents, Jim and Nina Shrout; brother David Shrout and wife, Mendy; and nephews Thomps and Clay Shrout.

Funeral services will be conducted at 2 p.m. Wednesday, June 8 at the Lifespring Church, 1700 W. U.S. 36, Bainbridge, IN 46105, with interment to follow at Bainbridge Cemetery.

The family will receive friends from 11 a.m.-2 p.m. Wednesday at Lifespring Church.

Memorial contributions may be made in memory of Melissa to the Lifespring Church.

Condolences and expressions of sympathy may be shared with family at www.Hopkins-Rector.com.