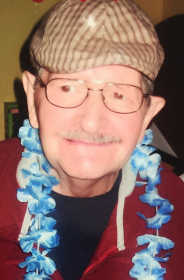 On Feb. 16, 1974 he married Dorsie Ruth (Oliver) Murphy in Crawfordsville. She survives.

For 35-plus years, Michael worked as a permits engineer for INDOT State Highway. Michael also taught surveying classes at Purdue.

He was a member of the Loyal Order of Moose Lodge and held offices in the Crawfordsville chapter. Michael enjoyed his family, NASCAR, gardening and flying planes with his private pilot's license.

He was preceded in death by his parents, two brothers and three sisters.

Friends may visit with the family from 4-8 p.m. Friday, July 15 at the funeral home.

Visit www.serviesmorgan.com to leave an online condolence for the family.