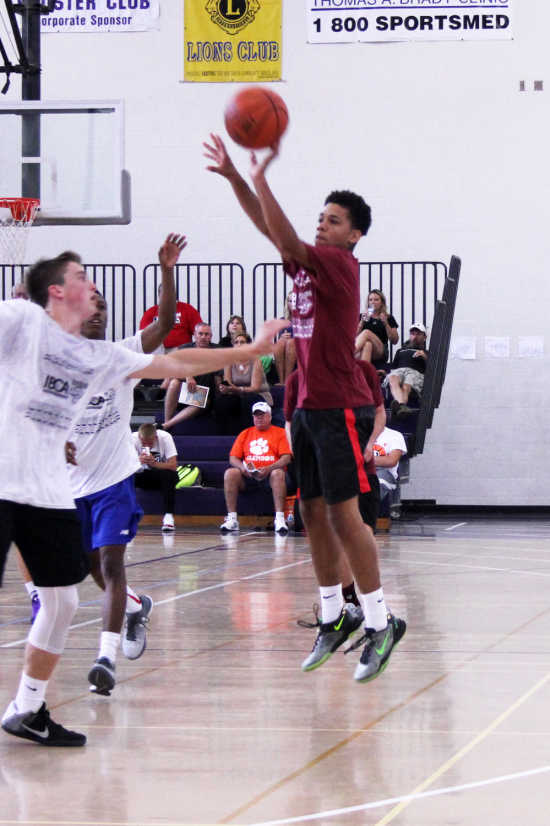 Jalen Moore gets off a jumper in the Indiana Basketball Coaches Association Top 100 Workout on Wednesday at Ben Davis.

Allen Plunkett of South Putnam is just a sophomore, but was one of the state's leading freshman scorers last year at 15.6 points per game and has already made a name for himself in basketball circles. 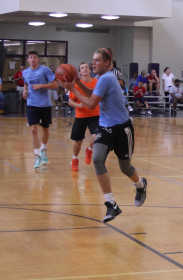 "It was an honor to be selected," he said. "When I found out that I was invited, I was really happy.

"Coach [Greg] Dean gets my name out there a lot. I'm blessed for him to do that."

Greencastle junior Colin York averaged 12.5 points per game last year, and was equally honored with being able to participate against the best players in the state.

"It was an honor to be invited and to be thought about with those types of guys," he said. "It was a really cool experience."

Jalen Moore of Cloverdale is also a junior, and averaged 18.8 points per game last season. He was unable to be reached for comment on the day's activities.

Several college coaches were on hand to observe and evaluate potential future players for their programs.

"It went great," Plunkett said. "The competition was good, the coaches were good and they worked us hard in the stations. It was an all-around good day." 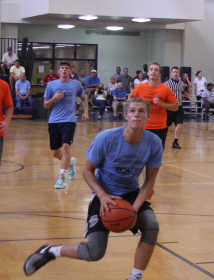 "I didn't score that much, but I think I played pretty well," Plunkett added. "I guarded pretty well, and that was my goal, was to play defense. I felt like I fit in, and I learned I should definitely keep working to get better."

Plunkett is comfortable with his summer travel team within the prestigious Indiana Elite program, but admits that being randomly thrown into a game with complete strangers was not an easy thing to do at first.

"At some points it was hard, but most of the time it was just basketball," he said. "We all knew what we were doing. At other times, when we had better competition, it was kind of hard."

Crews was also a former player and assistant coach for Indiana University under Bob Knight, and his messages came across clearly.

"He talked about who to listen to, what great players are like, how they think, who they listen to and what it takes to be a great player," Plunkett said. "He has coached at a lot of places and played on a championship team at IU."

Plunkett has been busy this summer, playing for the South Putnam team in June and Indiana Elite in April, May and July. He will also be the quarterback for the Eagle football team this fall, and has been busy with workouts on the football field as well.

"It's been kind of been tough," Plunkett said of his busy schedule. "It interferes with some stuff, but it's been a great summer. You just have to figure out how to fit it all in." 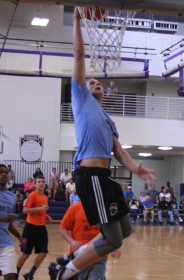 Plunkett, who is leaving after football practice today for a basketball tournament in North Carolina, has always liked professional star Kevin Durant and tries to focus his game after the NBA superstar.

Plunkett will be one of the basketball team's leaders this winter despite having just one varsity season under his belt.

"Last year was pretty rough," said Plunkett, whose team went 4-19. "I feel like we'll do better, but it's hard to tell. We're still pretty young with one junior and the rest are sophomores and freshmen."

He sees optimism for the future.

"We'll grow," he said. "Our junior and senior years we'll be a lot better."

York was pleased that one normal component of such open-gym type situations was not present at this one.

"The stations were really good," he said. "I liked the breakdown of it, and how good the coaches were.

"There was a little more structure than usual in games like this," York added. "Everybody moved the ball well, and there weren't many ballhogs."

York also took some time to get accustomed to the situation, but feels he improved as the day went along.

"I thought I did pretty well," he said. "I got off to slow start in the first game, but in the second and third games I played well. I shot it well in the stations."

York learned several things in terms of playing the game, but some of the things he learned cannot be measured on a statistical chart.

"Before going to the Top 100, I didn't think I could play with those types of guys," he said. "But I thought I fit in well and competed with them, and I feel I gained some confidence."

York was the second option to graduated standout Ryan Coble on last year's Greencastle team, and realizes his role will be bigger this year. 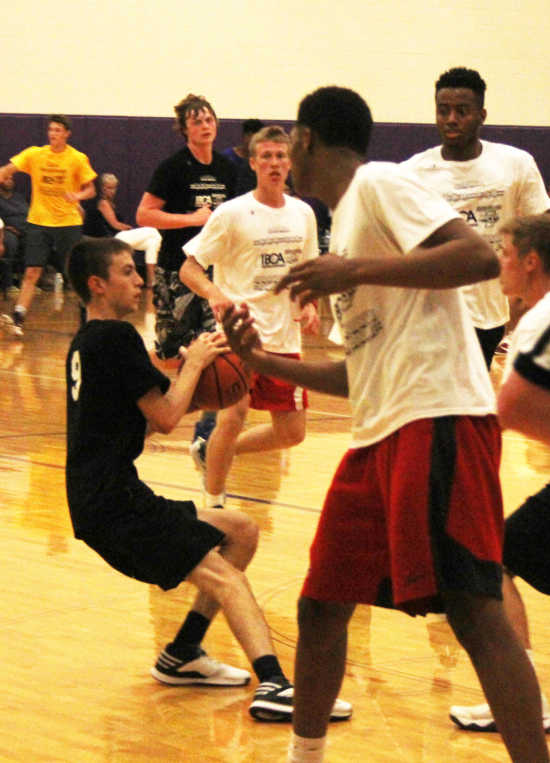 Colin York of Greencastle slams on the brakes as he runs into traffic during the IBCA Top 100 workout on Wednesday.

"I think I've gotten better," added York, who also plays for a travel team in the Indiana Elite family. "I like playing against the top kids, and that really helps coming back to play for the school team this winter."

Bryce Rector will be the new Tiger Cubs' head coach this year, and York really likes his team's new leader.

"I really like him, and he's a great coach," York said. "He's really a student of the game and likes it well. He's really helped me tremendously already."