One of two men charged with hurling rocks at unsuspecting motorists traveling along U.S. 231 in southern Putnam County this past spring entered not-guilty pleas Thursday to 10 felony counts.

Appearing before Judge Matt Headley in Putnam Circuit Court, Jonathan J. Koeling, 25, of Freedom, was ordered held on $10,000 cash-only bond for his part in a string of rock-throwing incidents that damaged numerous vehicles in Putnam and Owen counties. 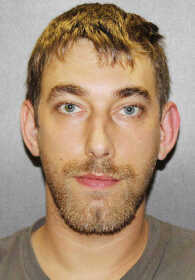 Putnam County Prosecutor Timothy Bookwalter has filed charges in five local cases and told the court he is awaiting reports on at least two more incidents investigated by the Putnam County Sheriff's Department that could become part of the case against Koeling and his alleged accomplice, Travis J. Lester, 23, also of Freedom.

Those sentences, if imposed, could run either concurrently or consecutively, Judge Headley advised the defendant.

Meanwhile, Koeling was ordered to have no contact with any of the alleged victims in the case.

Judge Headley appointed local attorney Sid Tongret to serve as Koeling's public defender. A pretrial conference in the case is set for Sept. 1.

Koeling told the court he has been living with his mother in Bloomington since being released July 16 from the Morgan County Jail after serving time in a misdemeanor marijuana case there.

Lester has also been charged in Owen County and bonded out jail there. However, he has yet to be apprehended on the Putnam County warrants for the 10 counts he faces here.

The Logsdon incident occurred as she was turning northbound onto U.S. 231 from State Road 42, south of Cloverdale, while the Vantassel incident happened on U.S. 231 between County Roads 1300 South and 1200 South, Cloverdale Police Officer David L. Brown reported.

In the course of his investigation, Officer Brown worked with Owen County deputies who had been investigating similar incidents, learning that Lester and Koeling were in custody at the Owen Security Center and had admitted to throwing objects from their car while driving on U.S. 231 between U.S. 40 in Putnam County and State Road 67 in Owen County.

The two suspects told investigators they had thrown between 50 and 100 rocks at northbound traffic during the week.

During interviews, the men advised that they both worked in a Greencastle factory and collected large stones from various locations, including their workplace and a local gas station, and then used them to hurl at oncoming vehicles along U.S. 231.

The break in the case came on May 17 when Owen County Sheriff Sam Hobbs was driving his personal vehicle northbound on U.S. 231 and it was struck by a rock thrown by the driver of a southbound vehicle.

Sheriff Hobbs called out a description of the suspect vehicle and deputies subsequently intercepted it, ultimately stopping the suspects at the intersection of U.S. 231 and State Road 67.