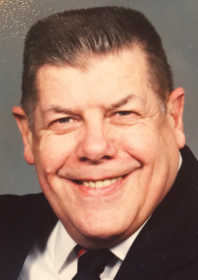 Merle served his country in the United States Army during the Korean War.

He was a founding member of Sherwood Christian Church and was a life member of the Greencastle VFW.

He loved to travel, play cards and meet his buddies for morning coffee, but his greatest joy in life was spending time with his large and loving family.

In addition to his parents, he was preceded in death by an infant daughter, Teresa Foxx, and brothers William, Earl, Donald and Russell Foxx.

Visitation will be from 4-7 p.m., Monday, July 25 at Bittles and Hurt Funeral Home, Greencastle, where funeral services will be conducted at 11 a.m. Tuesday, July 26.

Following the funeral he will be laid to rest with military honors in Forest Hill Cemetery.

In lieu of flowers memorial donations may be made to Sherwood Christian Church.