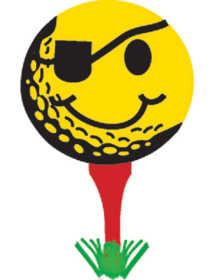 The annual Clody’s One Eye Golf Scramble is set for its 23rd year on Saturday, Sept. 10 at Old Hickory Golf Course.

The tournament has done a lot of good during its 22-year run, raising more than $165,000 for the Riley Children’s Hospital ophthalmology department.

Sponsored again this year by Greencastle Elks Lodge 1077, the scramble is set for an 11 a.m. start at a cost of $200 per four-man team, a change from previous years that featured two-man teams.

Mulligans will be available for $5 per player. Registration begins at 10 a.m.

As always, the principal rule will be that all players are required to wear eye patches while hitting, thus making it a one-eyed golf tournament.

Removal of the eye patch for driving the cart is acceptable, if not encouraged.

Starting out as good-natured ribbing among friends, the annual tradition of golfing with an eye patch has grown into so much more.

Tournament namesake Terry Clodfelter, who has sight in just one eye, got tired of taking grief from his friends about his golf game.

Instead of simply complaining, he challenged all of them to play with just one eye, and the tradition was born.

The tradition soon grew into a tournament to make a difference for kids going through the same challenges Clodfelter had experienced.

In addition to supporting a number of programs in the Riley ophthalmology department and missions serving kids in places like Romania, Syria and Haiti, some of the donations have come back to Putnam County schools.

In playing with a different sort of handicap, golfers can rest assured they are supporting kids around the globe, around the state and around the county.

Of course, the winners will also take home prizes of their own.

Sponsors are needed for this year’s tournament as well as players. All donations are 100-percent tax deductible.

Organizers are hoping for another big year after donating $5,000 to Riley in 2015.

A reception will follow the scramble at around 5 p.m. at the Greencastle Elks Lodge, 202 S. Indiana St.