Hammond to speak on Constitution at Defenders of Liberty meeting 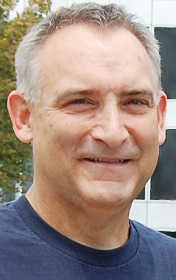 Local pastor and author Greg Hammond will be the guest speaker at the Greencastle Defenders of Liberty meeting on Monday, Sept. 12.

The meeting will begin at 6:30 p.m. at the Dixie Chopper Business Center at the Putnam County Airport, 102 Ballard Lane, Greencastle.

The topic of Hammond’s talk will be “The Origin and Future of the U.S. Constitution and Supreme Court.”

He will cover the Founding Fathers’ original intent concerning the moral basis of the Constitution as well as the adverse effects of current modifications in how the Constitution is interpreted.

Hammond holds a bachelor’s degree and a master’s degree from DePauw University, where he majored in history. He is the author of “Mystic Seduction: Awakening Christians to a Real and Present Danger,” “A Global Utopia: Twelve Features of the New World Order” and “Living for Christ’s Return: Nine Things Christians Should Do to Be Ready.”

The Greencastle Defenders of Liberty will celebrate its anniversary in November, having met on the second Monday of every month for seven years. Guest speakers have included statesmen, physicians, economists, military personnel, authors, teachers, businessmen, people from all walks of life, who were willing to come to share their knowledge and experience with interested citizens.

The meeting is open to the public.