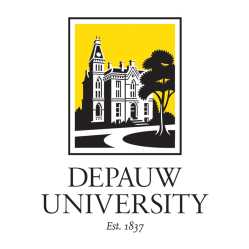 The Greencastle university earned the best ranking among liberal arts schools in Indiana.

The National Liberal Arts Colleges includes colleges that emphasize undergraduate education and award at least half of their degrees in the liberal arts fields of study. Williams College in Williamstown, Mass., was the top pick nationally.

The report on DePauw focuses on the close-knit community created by the small school.

“Depauw University creates a supportive, insulated community for students in the rural, small town of Greencastle, Indiana,” the report said. “Every student must live on campus, whether in a traditional residence hall, Greek house or on-campus apartment. Freshmen ease into college with the help of the Depauw Mentor Program, which assigns an upperclassman to guide a group of first-year students.”

The report goes on to emphasize programs such as the Management Fellows, Media Fellows and Sciences Research Fellows programs, which provide internships and speakers series for students with a specific career path in mind.

The report continues, “Depauw also has an Information Technology Associates Program for computer-minded students who wish to balance a liberal arts education with hands-on, paid technology work throughout campus.”

Other highlights of the brief report include a mention of the longtime football rivalry with Wabash College (No. 65 in the rankings), the closeness of larger cities like Indianapolis and Bloomington and the DePauw Nature Park.

Other Indiana schools on the list include: 65. Wabash, 68. Earlham College, 122. Hanover College and 168. Franklin College.