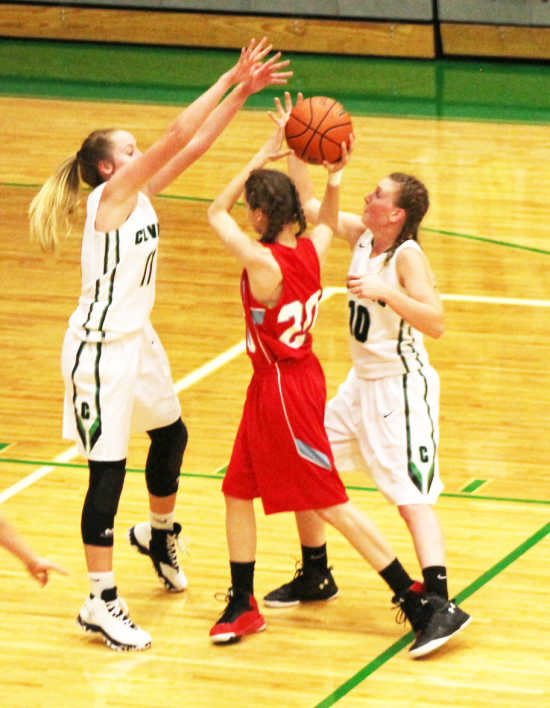 CLOVERDALE — Things are turning around for the Cloverdale girls’ basketball program.

Not only did the Clovers reverse a loss to Turkey Run in last year’s season opener into an 81-18 win on Tuesday, but the Clovers are generating excitement within their school and fan base as they seek to end a streak of eight straight losing seasons.

“Last year we lost by about 6 or 8 points, but this wasn’t something where we thought we could just walk in and get a win,” Clover coach Matthew Langdon said. “We knew they lost a couple of seniors, but you still have to go out and make the baskets. 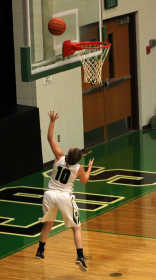 “There was one stretch late in the first quarter where we missed three straight layups, but other than that we did what we needed to do.”

It didn’t take long for the Clovers to establish their superiority, as they scored the game’s first 15 points and led 20-3 at the end of the first period.

Langdon has his team alternating between a 2-3 zone and a 1-3-1 halfcourt trap, and when the Clovers came up with steals — which was often — they quickly turned them into layups.

“We wanted to pressure and push the ball upcourt, and we did that, but I thought we were pretty good in our halfcourt offense also,” Langdon said. “We were able to run a couple of isolations for [Sammie] Shrum where she can drive.”

Sophomore Tori Combs led the Clovers with 23 points and 12 rebounds, but she was far from by herself in the double-digit column.

Junior guard Abby Walker had 18 points, including a pair of 3-pointers, while Shrum (a freshman) had 15 points and 11 rebounds and senior guard Lauren Meek had 10 points.

“Tori was a beast with a double-double, and we had four in double digits,” Langdon said. “There were sometimes where we got tired a little bit, but that’s to be expected this time of year.”

The atmosphere of the game, complete with a new sound system in the Clover gym and energetic new announcer Karl Turk, was not lost on Langdon.

“It was just a fun environment,” Langdon said. “This was the most people we’ve had at a Tuesday night game to begin the year, and there is some excitement with the girls’ program and that’s spreading out to our fans. I appreciate everyone who came out, and it means the world to the girls.” 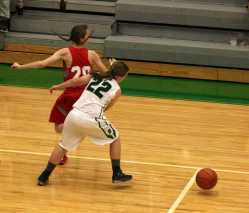 Turkey Run had trouble getting shots off, leading to their scoring difficulties, and was often its worst enemy.

The Warriors (with just one senior) pile up 37 turnovers, a total more than double that of their points.

Combs hit an old-fashioned 3-point play to end the first quarter, and the Clovers then opened the second period on an 11-2 run.

Shrum had the first five points of that stretch, while Combs added two hoops sandwiched around one by Walker for a 31-5 lead.

The Clovers increased their lead to 38-11 at halftime, then proceeded to score the first 14 points of the second half.

Four different player contributed to that stretch, as Cloverdale led 61-14 after three periods.

Shrum and Combs each had two baskets as the Clovers opened the fourth quarter on an 8-0 run.

Meek scored the last eight points of the game as the Clovers hit the 81-point mark for the first time since Dec. 29, 2006, in an 81-24 win over Indianapolis Howe.

Kelsey Helterbrand added six points for the Clovers and Hailey Thomas had five.

The Clovers’ depth and youth were further exemplified with the play of freshman Madison Shoemaker and sophomore Skyla Renner. Each had two points, and Shoemaker hauled in nine rebounds.

“For those girls to step in there as a freshman and a sophomore with little or no varsity experience was outstanding,” Langdon said.