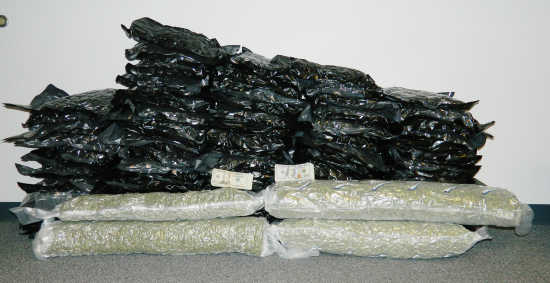 CLOVERDALE ­— A California woman is in the Putnam County Jail after an Indiana State Trooper located more than 100 pounds of marijuana in her SUV Friday morning.

At 8:45 a.m., the ISP commercial vehicle enforcement trooper stopped a Toyota SUV for violations of unsafe lane movement and following too close near the 41-mile marker of eastbound Interstate 70.

During conversations with the driver, the trooper noticed indicators of possible criminal activity.

A subsequent search of the vehicle’s cargo area netted approximately 100 pounds of high-grade marijuana in 84 individual packages, each ranging approximately one to five pounds.

Also located in the vehicle was more than $6,000 in cash.

Wong was traveling from California to Pittsburgh, Pennsylvania.

According to the ISP news release, the estimated street value was $400,000.