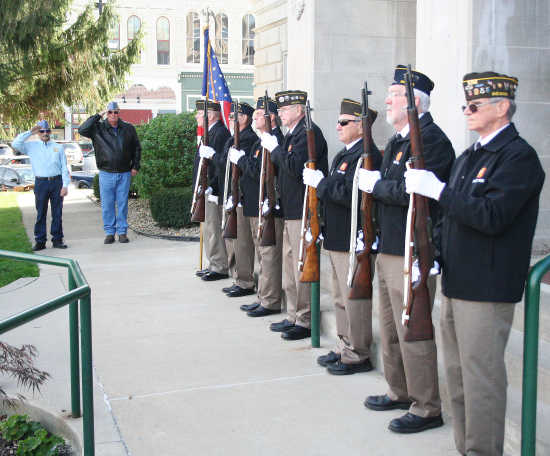 The annual Veterans Day observance at the Putnam County Courthouse may have shifted to the north side of the building due to construction this year but it lost none of its pageantry and patriotism Friday morning. Veterans salute (at left above) as the Honor Guard stands at attention during the playing of “Taps” to conclude the program. Meanwhile, Greencastle’s James Staggers, deputy state chaplain and division chaplain for the 38th Infantry Division, addresses the gathering while praising the actions of American military men and women. 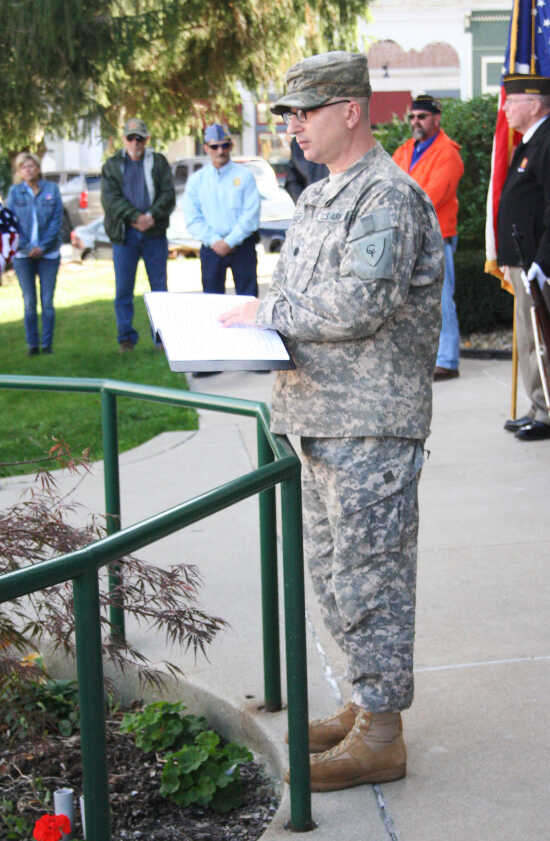