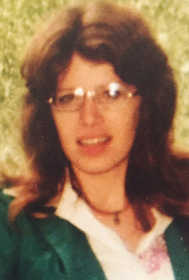 She was raised by her grandparents, Lewis and Mattie Webb.

Debra was a homemaker and also sold Avon.

She was married to Paul Patterson, John Kennedy and Randy Rogers.

She is survived by her son, Stephen (Jeanette) Patterson, of Heritage Lake, and a daughter Dana Oilar of Terre Haute. She had five grandchildren Paige Patterson, Payton Patterson, Braedin Patterson, Eli and Mattie Oilar, and is also survived by a sister, Sharon Eiteljorge.

She was preceded in death by her parents, grandparents and a grandson, Stevie Patterson.

According to her wishes the family has chosen cremation and there will be no services at this time.

Servies and Morgan Funeral Home at Roachdale was entrusted with her care.

Online condolences may be made at www.serviesmorgan.com