Charles Andrew (Chuck) Schaefer of Okeechobee, Fla., passed away Nov. 9, 2016, from injuries incurred in a boating accident. Charles was born June 2, 1943, in Tell City, Ind., and was the son of the late Mildred Hagedorn Schaefer and Raymond Schaefer. He was raised in St. Meinrad, Ind., and graduated from St. Ferdinand High School. 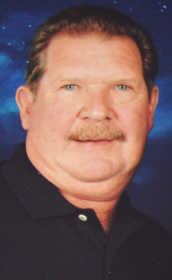 Charles began his career in telecommunications with Indiana Bell/AT&T in Evansville and retired in 1998 in Indianapolis as a regional manager with WorldCom (now Verizon).

He retired to Lake Barkley, Cadiz, Ky. In later years he assisted in managing his wife's family farm at Ladoga while wintering in Okeechobee, Fla., where he became a full time resident.

Services will be conducted at Crossroads Church, 7209 E. Co. Rd. 100 South, Avon, on Friday, Nov. 18 with viewing from 9:30 a.m. to 12:30 p.m. and a celebration of Chuck's life at 1 p.m. Cremation will follow. Those attending are invited to join the family for a meal following the service.

Arrangements are being handled by Matthews Mortuary, Brownsburg.