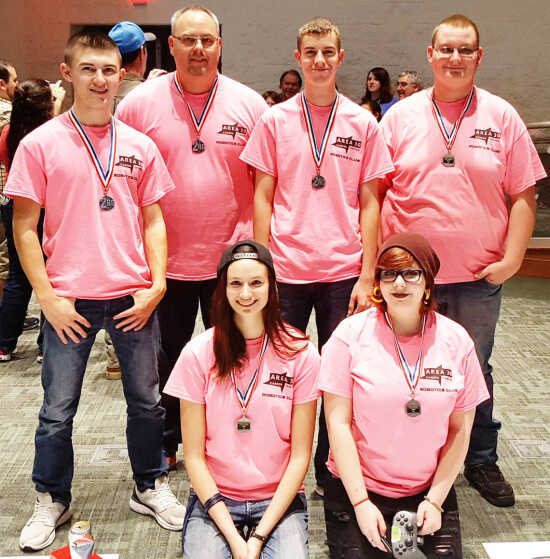 “They were very successful,” Nunley said. “This was the first contest in a series of at least four. It’s a little different this year. Most of the time the students are controlling the robot with what looks like video game controllers. This year the students build the robot, but they have to program it. The robot has to follow a course and then do one mechanical thing.”

Other Area 30 students who competed were Kaleb Warner of NPHS, Nolan Maners of Cloverdale High School and Doug Phillippo of Greencastle High School.

-- Blood drive: Director Busch announced that the Area 30 Health Services students will host a blood drive on Dec. 8 in the community room.

-- Early College Program: The board was introduced to Michael Woods, the Vincennes University early college assistant dean at Area 30.

Woods explained the curriculum of the early college program and how it would apply to the surrounding schools. He hopes to offer Area 30 students certifications and college credits in industrial maintenance, computer networking, automotive collision, law enforcement and graphic design.

“At the end of the program, they’ll graduate with a high school diploma and one year of college complete,” Woods said. “The idea is to get as many of the students to get that transfer certification before they graduate high school. The end goal, almost all the kids are going to experience half of what a college class would cost as far as tuition goes.”

-- Personnel: The board approved the hiring of Ruth McDonald as a part-time temporary clinical nursing assistant.