Justin A. Morse, 28 -- already facing an earliest possible release date of April 2021 -- appeared before Judge Matt Headley via video conference Monday as murder and conspiracy to commit murder charges were read before the judge entered a preliminary not-guilty plea on behalf of the defendant. 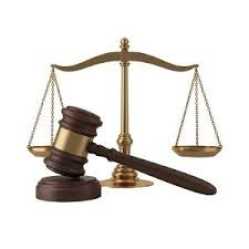 A second defendant, Andrew L. Perry, 24, appeared before Judge Headley on Wednesday afternoon in an audio-only hearing from the Wabash Valley Correctional Facility in Carlisle after the courtroom video port did not work.

Judge Headley entered not-guilty pleas on the behalf of both inmates.

Offering only "Yes, sir" comments throughout his initial hearing, Morse was appearing on camera from the Pendleton Reformatory, where he was taken to continue his incarceration following the PCF incident.

A Luddington, Mich., native, Morse was sentenced out of Vigo County for manufacturing and dealing in methamphetamine.

Judge Headley named Scott Adams as court-appointed counsel for Morse and set a pretrial conference for Jan. 12. No bond was sought in the case since Morse is already incarcerated until 2021.

Perry, originally sentenced to the PCF for drug-related offenses out of Johnson County, could have been released in little more than five months -- with an earliest possible release date of April 26, 2017 prior to the incident. In addition to the murder and conspiracy to commit murder charges, he will now also face an additional charge as an habitual criminal. That could add 20 years to his sentence if convicted.

Habitual offender status requires at least two unrelated felony convictions on a suspect's record. Perry apparently has those as Headley listed two Johnson County convictions, one for possession of methamphetamine and another for failure to return to lawful detention.

Judge Headley appointed Sid Tongret as Perry's public defender. Perry said that was fine "for the time being" adding that "if I have the means, I'd like to hire my own attorney."

A Jan. 12 pretrial conference was also set in the Perry case, while he was ordered held without bond due to the murder charge against him.

In the aftermath of the July 13 incident in Dorm 17 at Putnamville, Perry and Morse were identified on video as suspects in Harris' attack.

The probable cause affidavit states that Perry and Morse were seen meeting up in the day room of Dorm 17, and just before 6 a.m. entering an area known as Cube 4. That was where they found Harris, who had arrived at Putnamville just a week earlier, next to his bed.

Court records identify Perry as "the aggressor," noting that he punched Harris, initially knocking him down onto the bed where he continued to repeatedly strike him with his fists.

Reportedly, there is nothing on the video that ever shows Harris attempting to fight back. He tried to get up once, the probable cause notes, but was knocked back down by Perry, falling to the floor between the two beds in the cell.

Once Harris was on the ground, Perry began stomping on him while still punching the victim, authorities said. Morse can then be seen on the video kicking and stomping Harris, court records indicate.

After noticing Perry and Morse out of place in the dorm, a PCF officer went to Cube 4 and found Harris unconscious. He died later that day.

When the two inmate suspects were detained, they were found to have blood on their shoes and clothing. The blood evidence was sent to the Indiana State Police laboratory at Indianapolis for examination.

The lab detected the victim's blood on several items, including paper Perry reportedly used to wipe off his hands, his jump suit, white T-shirt and shoes. The report noted that Harris' blood was even found on Perry's underwear.

Harris, who had a release date of April 14, 2017, was serving a six-year term for burglary out of Marion County.