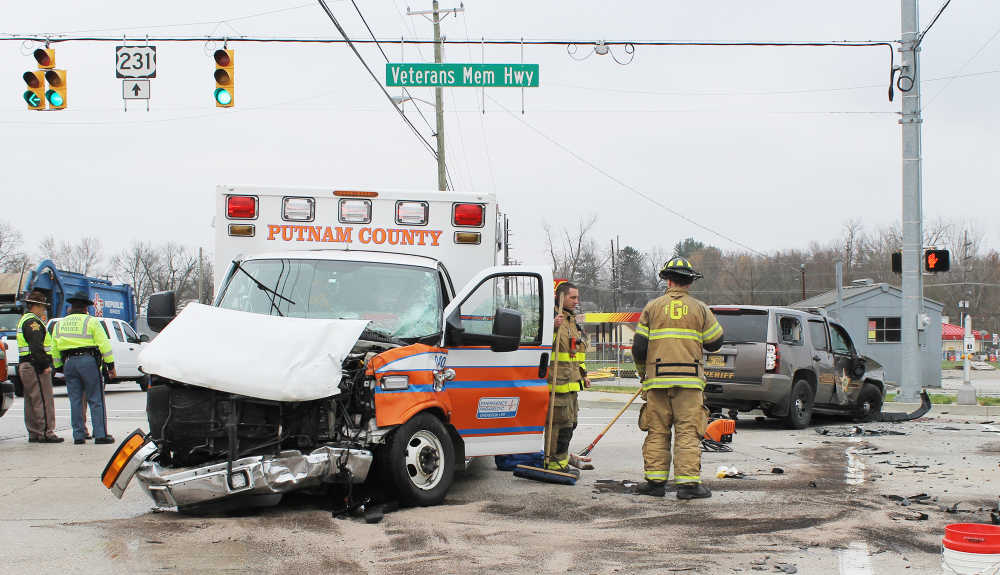 Two local emergency vehicles were involved in a crash at one of Greencastle’s busiest intersections Friday morning.

Both drivers were transported to Putnam County Hospital by other Operation Life crews following the crash. Neither suffered major injury, but complained of pain.

The medic riding in the ambulance went to the hospital voluntarily out of concern for his partner.

There was no patient on board the ambulance.

Both vehicles were heavily damaged and towed from the scene by Jerry’s Wrecker Service.

Indiana State Police Master Trooper DuJuan Presley-McFadden said the investigation is ongoing, but he has confirmed that Ducker had the green light at the time of the crash. Ducker was not on the way to an emergency run.

The ambulance was responding to a dispatch of a structure fire in Cloverdale. It is unclear if its emergency lights or sirens were operational at the time.

Presley-McFadden said a Greencastle Fire Department engine, responding to a call at Walmart Distribution Center, was southbound toward the intersection and had its video camera running at the time. The trooper hoped to review both the GFD video as well as one from the ambulance.

Already on the scene, firefighters stopped and extricated Fox from the ambulance. They then stayed on the scene and helped with cleanup.

Following the crash, another GFD engine as well as a crew from Madison Township continued to the call at Walmart Distribution, which did not turn out to be major. Likewise, another ambulance responded to the structure fire in Cloverdale, which also turned out not to be major.

With all OL ambulances involved or out of service, PMH Ambulance covered the Greencastle station.

The intersection was briefly closed completely, however it was partially reopened a short time later, with only Veterans Memorial Highway west of the intersection remaining closed.

The intersection fully reopened at 11:38 a.m. 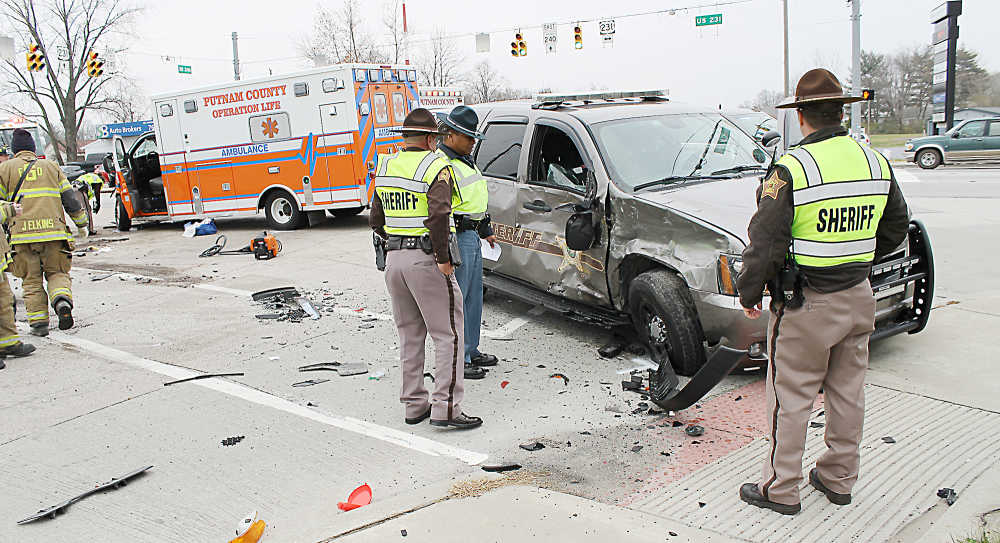 Banner Graphic/JARED JERNAGAN
Order this photo
Respond to this story