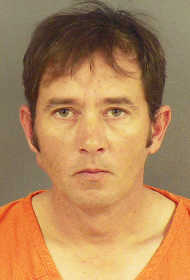 A 35-year-old Greencastle man, facing child-molestation charges in a three- or four-year-old case, made his initial appearance in court Monday afternoon.

Putnam Superior Court Judge Denny Bridges entered a not-guilty plea on behalf of Daniel Cull, who is employed as a roofer for a Camby firm.

The defendant, however, requested a court-appointed lawyer, claiming he was indigent.

After Cull told the judge how much he makes per week and what he pays for housing, Bridges responded, “You’re not indigent.”

“I am when I’m not working,” Cull countered.

The judge, however, did not grant him court-appointed counsel.

Bridges ordered Cull held on $20,000 cash bond, as requested by Deputy Prosecutor Justin Long, while also making work-release a term of his bond.

In that scenario, Cull would go to work every day and return to jail every night.

“My preference,” Judge Bridges said, “is for work-release so you can continue to work and hire your own attorney.”

Work-release also requires the defendant to pay $17 per day.

Cull turned himself in on the Class C felony charge last Thursday after Judge Bridges had issued a warrant for his arrest earlier in the week.

The judge also ordered Cull to wear a GPS bracelet while on work-release “so we know where he is.”

The case came to light in September when during a domestic violence investigation, a Putnam County Department of Child Services (DCS) investigator was told by a minor girl that she had received inappropriate touches from Cull when she was younger.

The girl told investigators that Cull had touched her inappropriately once when she was approximately six years old and again on two or three occasions when she was 11 or 12.

The defendant’s wife told investigators the girl reported her “bottom hurting” when she was five or six years old, indicating there had been inappropriate contact with Cull.

The events involved in the charge against Cull began with him allegedly pretending to tickle the victim. She alleged he would then take off her clothes, down to her bra and underwear, and touch her chest and sometimes the outside of her underwear.

In an interview with investigators, Cull recalled one occasion when he went into the girl’s bedroom as she was trying on new clothes. He said the girl was in her bra and panties when he grabbed her to tickle her.

In the process of grabbing the girl, Cull said he intentionally touched her vaginal area over her panties.

Cull knew his contact was wrong and “quickly removed his hand,” ISP Det. Don Curtis noted in the probable cause affidavit filed in the case.

Cull told the investigator he only touched the girl’s private area once.

Investigators believe the crimes were committed three or four years ago, between September 2012 and September 2013. As such, the alleged crime is charged under the old Indiana felony structure.

A Class C felony is punishable by between two and eight years in prison, with an advisory sentence of four years. A fine of up to $10,000 could also be associated with a guilty verdict.