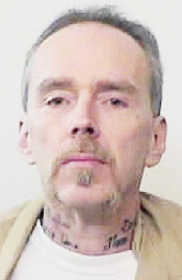 The death of inmate Curtis E. Cash, formerly of Bainbridge and Indianapolis, is being treated as a homicide by the facility, authorities said.

Prison officials said Cash was found in his cell shortly after 6 a.m., reportedly in respiratory distress from an apparent physical altercation. Staff at the facility initiated life-saving procedures until emergency medical personnel could arrive.

Cash was transported to Hendricks Regional Health in Danville and later transferred to Methodist Hospital, where he was pronounced dead by the Marion County coroner at 1:13 p.m.

"We have word of some sort of head injury ... blunt-force trauma to the head," Plainfield Correctional Facility public information officer Ray Kinison told the Banner Graphic. "At this time we don't know what all his injuries were."

Authorities have persons of interest being looked at, Kinison also confirmed, stopping short of naming suspects. Likewise, no motive has yet been identified in the case.

Cash had been sentenced out of Putnam County for a 2010 burglary. He carried a projected Department of Correction release date of May 5, 2018.

In July 14, 2010 plea agreement, Cash pleaded guilty to a Class B felony count of burglary and the state dismissed an accompanying felony theft charge.

Putnam Circuit Court Judge Matt Headley sentenced Cash -- who was residing in Bainbridge at the time according to court records -- to 18 years in the Indiana Department of Correction with 12 years executed and six years suspended.

Thursday's potential homicide remains under investigation by the Plainfield facility's Information and Intelligence Office and the Indiana State Police. An autopsy and toxicology testing will be conducted by the Marion County coroner.

Cash was not known to have been involved in any prior physical altercations, Public information officer Kinison said, "nothing violent, nothing out of the ordinary."

Kinison said a violent death "is a very rare occurrence" at the facility, which opened in 1964 as a medium-security unit.

Employed at the Plainfield facility for 10 years, Kinison said no such prior inmate deaths have occurred during that time.

"We are a medical facility, so we have inmates that have passed from natural causes," he noted, "but nothing has occurred of a violent nature for many years."