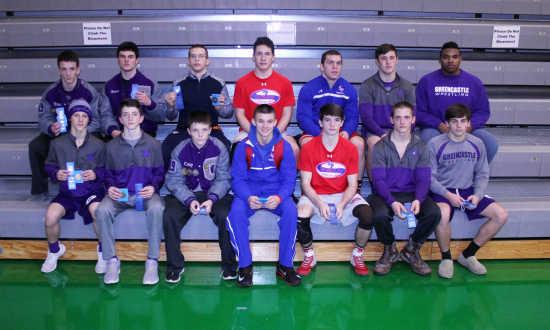 CLOVERDALE — Paced by having nine of the 14 individual champions, Greencastle easily won the Putnam County wrestling tournament on Thursday night.

The event is conducted as a triple-dual meet, with each of the four teams competing against each of the others. Records of invidual wrestlers in their three matches determine the winners. 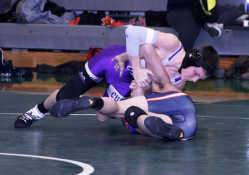 Six of the winners were repeat champions, and many for multiple times.

Leading that pack is South Putnam senior Kyle Shaffer, who won at 195 pounds for his fourth straight county title.

Winning for the third straight year was Greencastle’s Michael Anderson, who competed at 138 pounds.

Edwards was the only wrestler who did not win all three of his matches, but he was declared the winner on a tiebreaker. 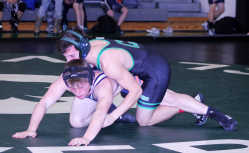 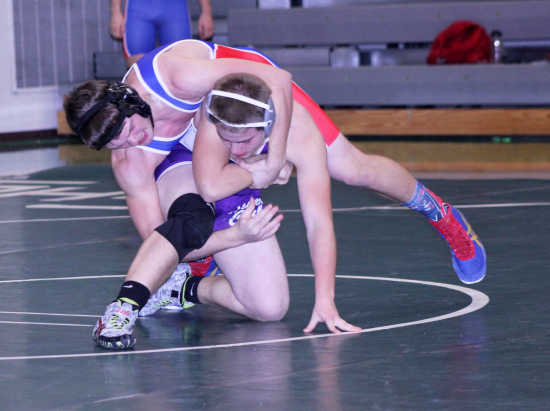 Aiden LeBlanc (top) of South Putnam has control of Chandler Souders of Greencastle in the opening round.
Banner Graphic/Joey Bennett
Respond to this story