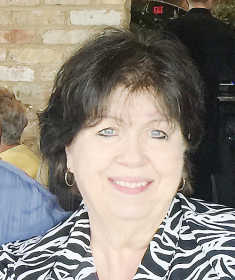 Susan Marie Sneddon, 67, Brazil, passed away Friday, Dec. 16, 2016 at University Healthcare in Indianapolis with her family at her side.

She was born on Nov. 10, 1949 in Jeffersonville to Edward and Barbara (Tyler) Randall.

Susan worked at Regional Hospital in Terre Haute for 19 years, then served as the Regional Director for the American Heart Association. She was the proprietor of the McGregor House Bed and Breakfast in Brazil from 1999-2014 and was currently working as the Brazil Township Deputy Trustee.

Susan was the organist for the Terre Haute First Baptist Church for 22 years, where she was a member. Music was her calling to serve. She was a clinician at the Fellowship of American Baptist Musicians in Green Lake, Wis., in 1991. She also served as the organist and choir director at the First Presbyterian Church in Brazil from 1973-1994.

Susan was preceded in death by her father, Edward Randall and her sister, Dr. Julie Randall McLaughlin.

Visitation will take place from 4-8 p.m. Tuesday at the funeral home and again on Wednesday from 11 a.m. until the time of service.

Memorial contributions may be made to the Community Theatre of Clay County or the Terre Haute First Baptist Church.