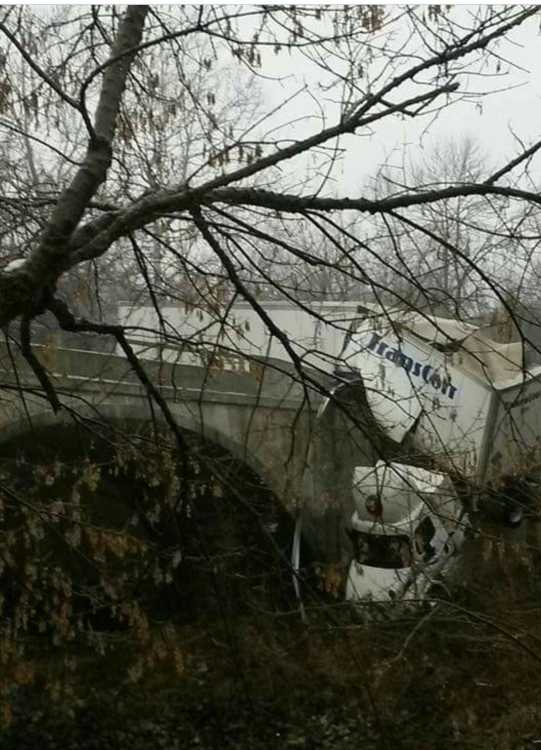 U.S. 231 was closed just north of Greencastle for several hours Saturday following a horrific-looking semi crash that fortunately left no one injured. 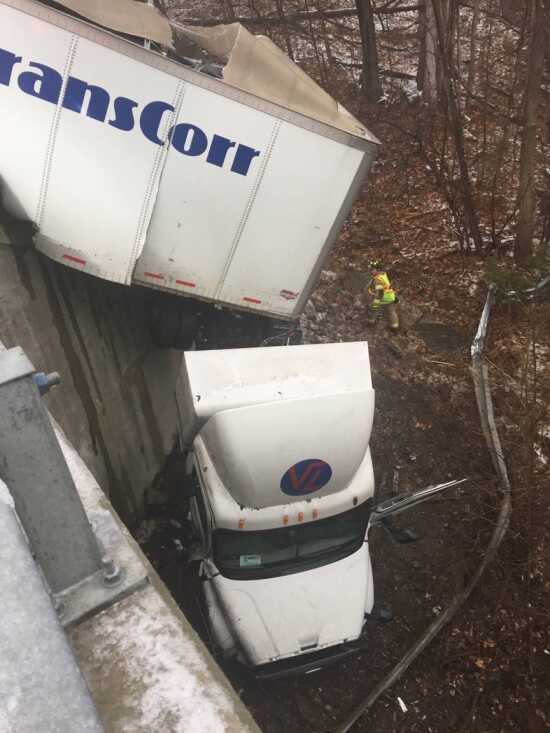 The trailer was left badly mangled, twisted over the side of the bridge.

Registered to Venture Logistics LLC, the truck was pulling a TransCorr box trailer.

Putnam County sheriff's Deputy Matt Biggs reported that the driver, 61-year-old Randy Taulman of Goodland, was uninjured in the crash. 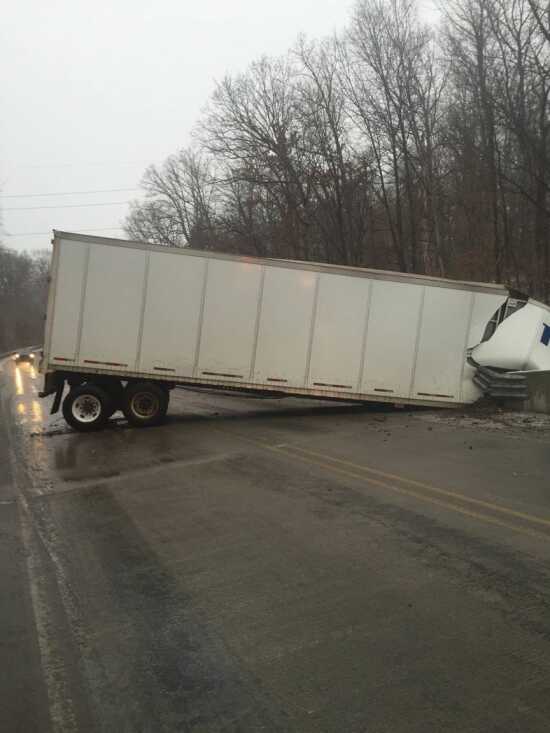 Taulman, however, was issued a citation for driving too fast for conditions.

The road was closed until approximately 3 p.m. as crews from Curtis Wrecker Service and Porter's Towing and Recovery worked to retrieve the tractor and trailer.

McDonald's and Starbucks brought food and drinks to the responders as they stood out in the cold, wet weather.

The road conditions were compounded by a wintry mix dumped on Central Indiana late Friday night and early Saturday that lasted longer than originally projected by meteorologists, with temperatures barely climbing above freezing on Saturday. Misguided earlier predictions had temperatures primed to climb to near 50 degrees on Saturday.

Meanwhile, over the 24-hour period of time starting at 10 p.m. on Friday through 10 p.m. Saturday, the Indiana State Police reported responding to:

-- Two separate fatal crashes, both in Marion County, with one death at each accident scene.

Over the course of the same 24-hour period seven ISP police vehicles were also struck. Fortunately, no troopers were injured in any of the accidents.