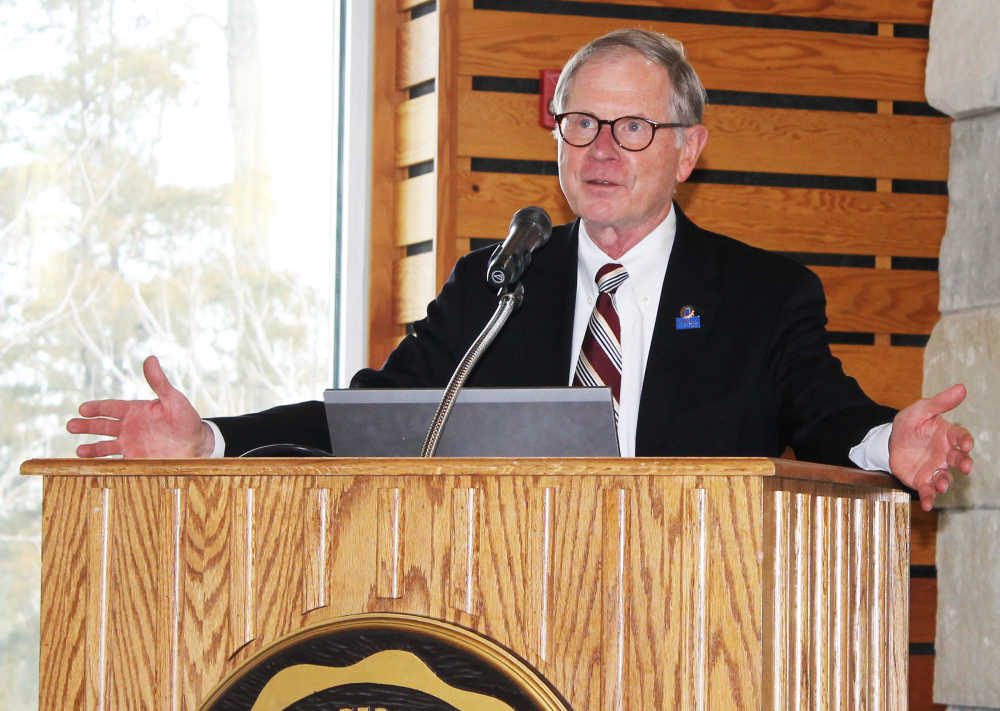 Partnerships were the theme of the day at the annual meeting of the Greencastle/Putnam County Economic Development Center on Friday.

The importance of partnerships in economic development were best summed up in a car metaphor from former president and CEO of the United States Auto Club, Rollie Helmling.

“This is truly a partnership,” Helmling, now vice president of the Indiana Economic Development Corporation, said in his keynote address. “It’s a pleasure to drive this, along with our partners.” 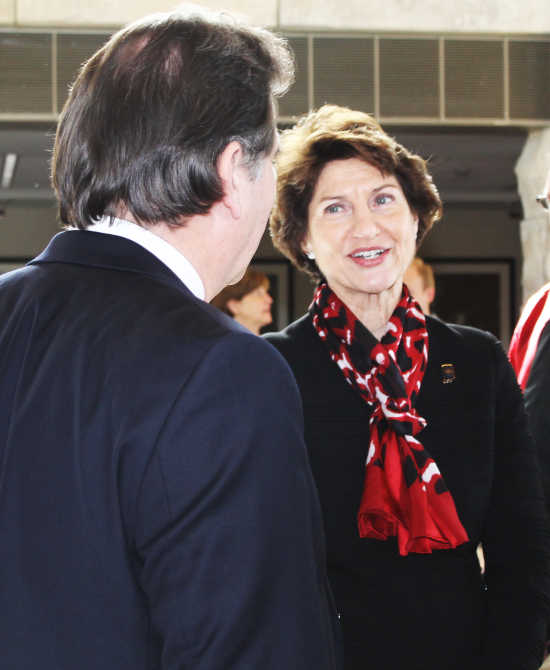 Such partnerships were on the mind of Development Center Director Kristin Clary as she tried to sum up her first year in office.

“It was a year ago today that I was introduced to many of you as the executive director of the Development Center,” Clary said.

In the time since she took over last February, the county has aided with 18 current tax abatements — including new abatements for Heartland Automotive and Spear Corp. — while forging new partnerships in the form of a loan-review board and a workforce development committee.

The loan review board was formed after the Development Center received a $90,000 Rural Business Development Grant from the USDA.

This money sets up a revolving loan fund for small businesses for which financing isn’t available through a traditional financial institution.

The workforce development committee was formed to meet the seemingly contradictory problem of too many available jobs in the community.

As local industries look to continue to expand, they find a shortage of qualified workers. Clary spoke of finding the “magic bullet” to find a solution. The workforce development committee is on the mission to find that ammo.

It’s a theme Helmling said he is seeing statewide, highlighting the 227 commitments the state received last year from businesses to locate or expand in Indiana. These commitments represent $3.689 billion in investments and 20,320 new Hoosier jobs created at an average wage of $25.43 per hour.

One story that was told, even a year after he left the position, is of the job that Bill Dory did in his time at the Development Center before being elected Greencastle mayor.

In thanking other partners around the city and county, Clary had high praise for Dory as “a friend and mentor before I came to this community and always willing to share and collaborate on economic development opportunities.”

“What better person could you have supporting and leading your city than Bill?” Helmling asked.

New leadership at the local level was also on the agenda, as North Salem State Bank President Matt Howrey, retiring from the Economic Development board, stepped aside as president in favor of Liz Cheatham of Endeavor Communications.