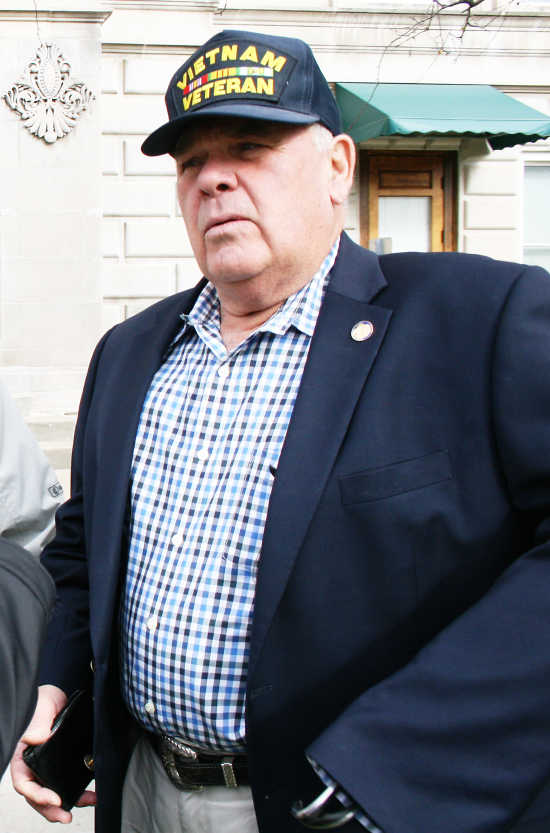 And today you can add television star to that list.

Baird, a veteran convoy commander during the Vietnam War, is being featured in a Smithsonian Channel episode of the national TV series ôThe Weapon Hunter,ö which follows Paul Shull, ôa man on a mission to put history back in action,ö according to his press clippings.

The hour-long episode ôVietnam Road Warriorö aired for the first time Sunday night and will air every day this week (consult local listings, as they like to say). Currently it is slated for 5 p.m. Monday, 9 p.m. and midnight Tuesday, noon Wednesday, 10 p.m. Thursday and 1 a.m. and 4 p.m. Friday.

ôIĺm telling you all this,ö Baird reluctantly told the Banner Graphic Sunday evening concerning his exploits, ôbut I really donĺt like to talk about it.

ôI just think that those soldiers deserve to be recognized for their grit and determination.ö

ôThe Weapon Hunterö episode does just that, focusing not only on Baird but also on Sammy Seay and Larry Fiandt, fellow members of the 523rd Transportation Company Unit in Vietnam, as they rebuild the gun truck ôThe Proud Americanö used to escort the American convoy through treacherous territory within 10 miles of the infamous DMZ (demilitarized zone).

Baird, who arrived in Vietnam in the fall of 1970 and lived through a number of ambushes, was aboard The Proud American, serving as convoy commander, when it went for its last ride on a date etched in his memory -- March 1971.

And if it wasnĺt for the other gun trucks in his convoy, he knows it wouldnĺt have ended well. 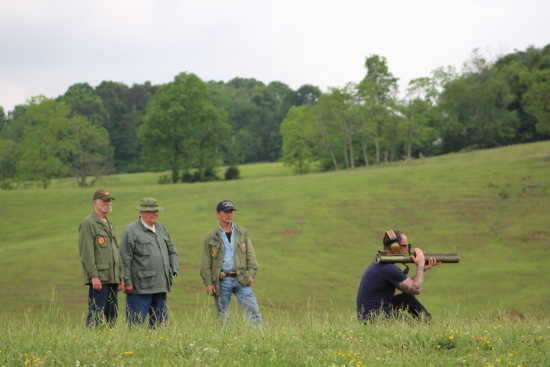 ôI wouldnĺt be here today if it hadnĺt been for the other gun trucks and gun truck crews,ö he tells host Shull.

He recalls how he was in the last truck, following a convoy from Khe Sahn. He remembers he was standing in the bed of the vehicle next to the radio, right where he should have been, when they got hit by an RPG (rocket-propelled grenade). The first volley killed his driver.

ôWe were taking small arms fire,ö Baird recalled, ôand they (the North Vietnamese) were right there in the ditch beside us. We couldnĺt move and we took another RPG to the fuel tank.ö

That rocked his world.

Jim Bairdĺs whole world was certainly about to change but if it hadnĺt been for those gun trucks coming back to support his crew, he wouldnĺt have lived to tell about it. And he wouldnĺt have become an ag agent, Putnam County commissioner or District 44 state legislator.

ôThey came back with those old .50s blazing and their tracers blazing,ö the Greencastle man said. ôIt still gives me a chill and makes my hair stand up. It was such a relief to see them come back because otherwise we were dead. They saved my life.ö

Baird lost his left arm in that ambush, and as narrator Shull notes, ôthat meant the end of his war.ö

ôThat was the day I got my ticket out,ö Baird told the Banner Graphic.

ôIf you said you werenĺt afraid, I donĺt believe it because I donĺt know any soldier that wasnĺt afraid,ö Baird told the TV series during filming last spring in Rogersville, Tenn. ôBut you had to control that. You had to get that under control because you had other people depending on you. It became bigger than you. It became more important than you.

ôIt became about taking care of your buddies and the ones you bonded with.ö

Thatĺs one of the reasons the rebuilding of The Proud American gun truck, like the Ace of Spades truck before it and The King Kong just recently, has been so important to the men who served in that history-making unit.

The gun truck replica and the ambush re-enactment the TV series did, Baird said, stands as a tribute to all those who served in the convoys and the gun trucks during Vietnam.

ôAs a convoy, we were involved in more conflict there than the infantry in that area,ö he said.

ôOur unit did such a good job,ö Baird noted, ôthat the South Vietnamese gave us a citation and we were the first unit inducted into the Hall of Fame, and I was fortunate to be selected as the officer to accept that award.ö

Baird also got a visit from the King Kong gun truck last week as it was being transported to the Smithsonian.

It brought back a flood of memories as well.

ôIt saved my behind,ö he said, recalling a February 1971 incident where the convoy was ôdead in our tracks in the kill zone.ö

The enemy was so close, he said, they were lobbing grenades straight up, trying to land them in the American trucks.

ôThe gun trucks coming back saved us,ö Baird said. ôThey (the North Vietnamese) were so close and they were shooting at us from both sides. All we had was an M70 because two M60s had jammed.

ôHow we all walked out of that was only by the grace of God.ö