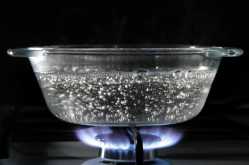 UPDATE, Feb. 23: The boil order announced Monday for portions of northern Washington Township has been canceled.

REELSVILLE — A Monday-morning water valve replacement has prompted a precautionary boil order for a portion of the Reelsville Water Authority Service area.

Water was shut off around 10 a.m. and was estimated to remain off for two hours for the affected homes in northern Washington Township.

As a precautionary measure, once water service is restored a boil order will be in place for homes north of the address 5986 S. CR 625 West. Besides customers on 625 West, this includes those on County Road 500 South, 600 West and 525 South.

The boil order is only precautionary in nature and a requirement following such work on the water lines. The Indiana Department of Environmental Management requires two samples from two separate days before the boil order can be lifted.

The Water Authority will contact local media when the order has been lifted.