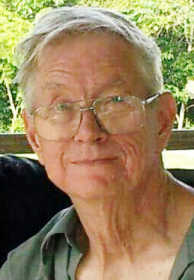 He was born in Deerlodge, Tenn., to Herman and Mabel (Hall) Smith.

Arnold spent a lifetime working in auto body shops around Greencastle. He had a passion for cars.

He retired from Great Dane in Brazil.

He was preceded in death by his parents, brother Homer Smith, sister Wilma Howard and grandson Dustin Stout.

Arnold will be laid to rest with his parents in Adams Hill Cemetery, Deerlodge, Tenn.