A pair of Thursday-afternoon crashes closed portions of U.S. 231 as sheriff’s deputies and other emergency personnel worked to clear the roads and ensure the safety of those involved.

The first incident occurred mid-afternoon when a dump truck slid off 231 in the curves between Raccoon in Putnam County and Parkersburg in Montgomery County.

The northbound truck left the road in the curves near the county line, rolling onto its side.

The driver was uninjured, but the road had to be closed for a wrecker service from Crawfordsville to retrieve the truck from down a small embankment into the trees. 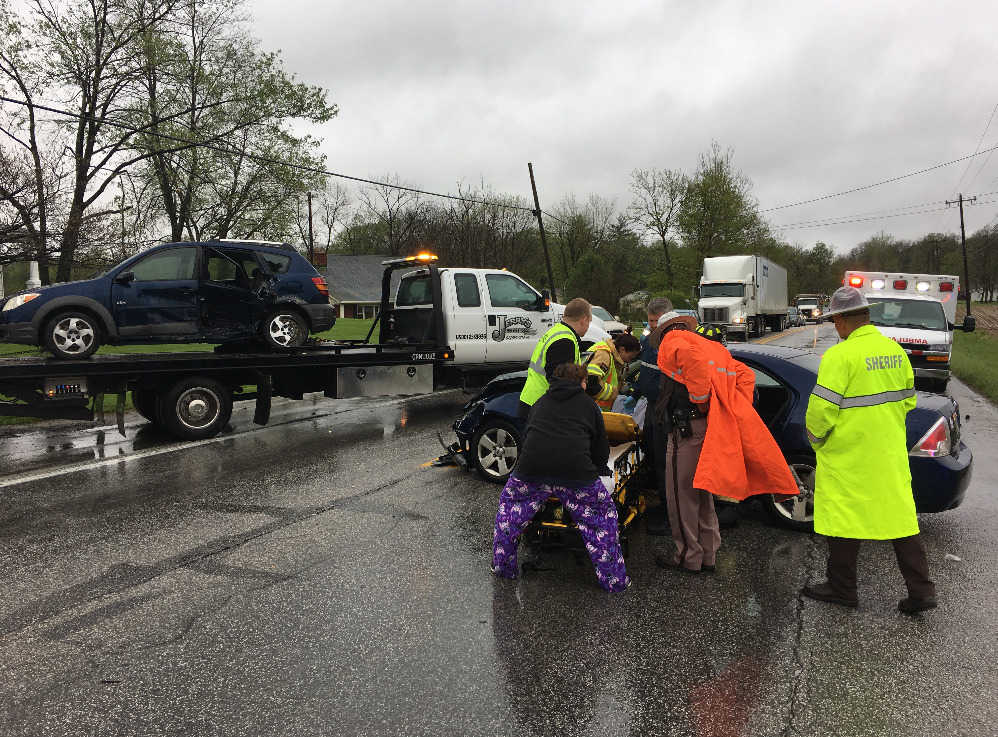 Emergency personnel work to extricate a patient from a car following a two-vehicle accident at U.S. 231 and Jones Road late Thursday afternoon. The crash sent both drivers to the hospital and closed the road all the way to U.S. 40.
Courtesy Putnam County Sheriff

Then shortly after 4 p.m., emergency personnel were dispatched to a two-car crash on U.S. 231 at Jones Road (County Road 300 South).

A man turning northbound onto 231 from Jones Road apparently failed to yield right-of-way. As he did so, a southbound car collided with the left rear of his vehicle.

The drivers of both vehicles had to be extricated and then were transported from the scene for injuries, although their identities and injuries are unknown at press time.

While police, EMS and firefighters worked to help the passengers and clear the wreck, U.S. 231 had to be closed from the crash site south to U.S. 40.

In the traffic backup that ensued, a secondary crash occurred on Plessinger Hill, south of the preliminary crash.

Full reports on the three crashes will be featured in upcoming editions of Putnam Scanner.