Herbert Cobern Walters, 64, of Groveland, passed away on Friday, May 5, 2017 after a long fight with his illness. 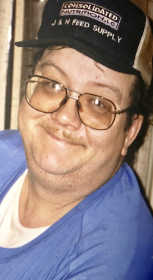 Herbert was born on Sept. 8, 1952 in Wichita Falls, Texas, to Evelyn Pauline Whitaker and Dillard Walters, who survives.

He also served in the U.S. Air Force and the National Guard.

Herbert was a simple man who enjoyed hanging out with family and friends. His hobbies included fishing and working on cars and lawnmowers.

Family and friends will gather to celebrate the life of Herbert Cobern Walters on Friday, May 12 from 4-8 p.m. at Roachdale, Baptist Church, 10 N. Lonoke St., Roachdale.

Everyone is invited to visit www.serviesmorgan.com where persons may leave an online condolence for the family.