Jane was born in Oklahoma City, Okla., on Feb. 13, 1946, the daughter of Robert Alexander and Evelyn (Beeson) Parker. 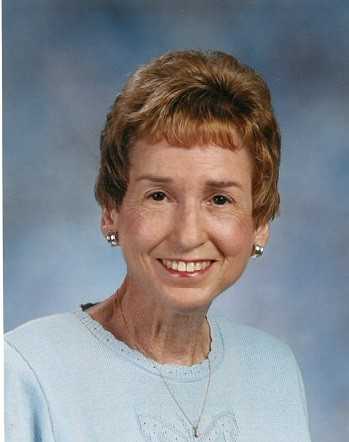 She was a 1964 graduate of Ponca City High School in Oklahoma.

Mrs. Irwin pursued her undergraduate studies and received her Master's in Music from Southern Methodist University graduating in 1969.

She was a member of International Chapter P.E.O. Sisterhood and past president of the CB Chapter, a member of Zeta Tau Alpha Social Sorority at Southern Methodist University, and an honorary member of the Professional Organization, Delta Kappa Gamma Society.

She was preceded in death by her parents; her husband of 39 years, Stanley R. Irwin, PhD.; two brothers, Robert A. Parker Jr., and Alfred L. Parker, PhD.

Burial will take place at a later date.

In lieu of flowers memorial contributions may be directed to the Jane P. and Stanley R. Irwin Music Scholarship Fund, DePauw University, P.O. Box 37, Greencastle, IN 46135.

Memories can be shared with the family at www.bittles&hurt.com.