Donald Leroy Judy, 78, formerly of South Whitley, died Sunday, May 7, 2017 at his home in Greencastle of natural causes. 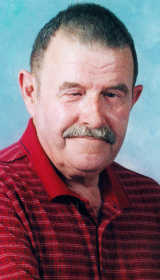 He graduated from Chester High School.

On July 6, 1958 he was united in marriage to Nancy C. Slessman. They made their home in Liberty Mills a short time before making their home west of South Whitley on State Road 14 for 19 years, moving into South Whitley in 1988. In 1997 they moved to Siechrist Lake, near North Webster. They moved to Coatesville in 2003.

In 2011 Donald moved to Greencastle.

He worked for Deaton Hardware, Heinhold Hog Market in North Manchester and retired from the Whitko School Corporation in 2003.

The funeral service will be conducted at 3 p.m. Saturday at Smith & Sons Miller Chapel, South Whitley. Burial will be in South Whitley Cemetery.

Visitation will be from 1-3 p.m. Saturday at the funeral home.

Online condolences may be sent to www.smithandsonsfuneralhome.com.